What a year! This time last year, Brian and I were trying to decide what the hell to do with ourselves. We were both looking for a new spot and really wanted to work together. We got an offer in Texas and seriously considering relocating, but our hearts belong to DC, so we decided to try opening our own place instead.

Naming the shop was easy. In fact, we had the name long before we even considered opening a shop. We shared a room in the last studio we were in, so we had a running list of silly band names written on a scrap of paper – basically, anytime somebody said a phrase that we thought would make a good band name, one of us would yell BAND NAME and write it down – it featured such gems as Wormurderer, Premeditated Shart, Involuntary Jazz Hands, Guilt Boner, and Remote Controlled Fart Symphony. So one day, I was tattooing this girl, and her friend asked what it felt like. She said, “kind of like a cat scratch,” and the guy Brian was tattooing added, “but electric.” Brian and I both yelled BAND NAME, but then we were like, actually… that would be an amazing tattoo shop name. I wrote it down that day and it waited in my toolbox for a couple years.

When we set out to find a physical location though, we had a surprisingly difficult time. We found quite a few spaces that we loved and could afford, but as soon as we uttered the words “tattoo shop” we were immediately shut down. We even offered one landlord 6 months rent up front, which gave her some pause, but she ultimately turned us down anyway. We eventually found this spot and hit it off with the family-owned realty company that manages the property (thank you to Nomadic Real Estate for giving us a chance and being awesome), and signed our lease mid-February. We worked our asses off for the next two and a half months and opened on April 21st. Our walls were pretty bare, and it took some time to streamline things, but we were thrilled to be working for ourselves, and just hoped that we’d have work. As it turned out, the location worked very much in our favor, the neighborhood seemed happy to have us, and there was no shortage of clients right from the beginning.

We can’t believe it’s been 8 months already, and we look forward to many more years (hopefully in this location)! Please enjoy some photos from this past year: 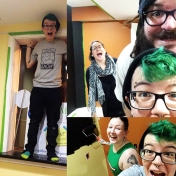 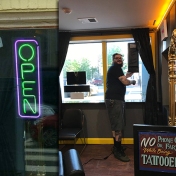 A few selections from our joke board: 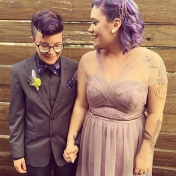 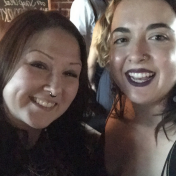 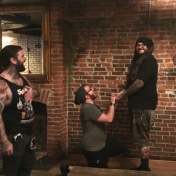 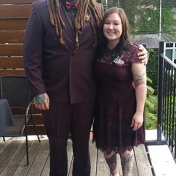 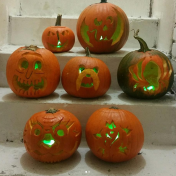 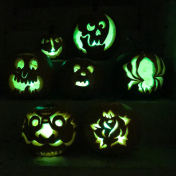 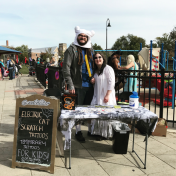 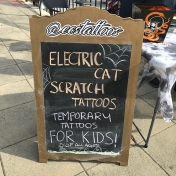 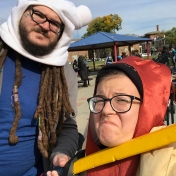 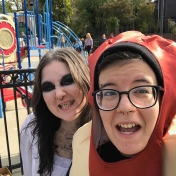 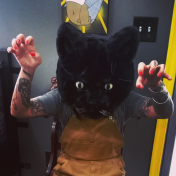 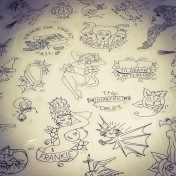 Sheila making progress in her apprenticeship: 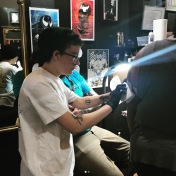 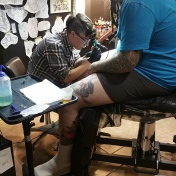 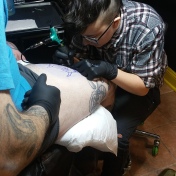 We did lots of tattoos!

And had tons of fun! 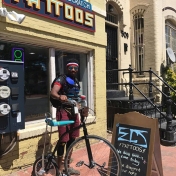 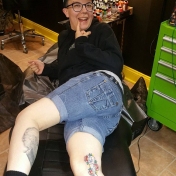